Well here we are under lock down and I realise that I have been somewhat negligent in checking the state of 'Scholarship' through various sources. It is still available is the key message. lulu.com has changed the site but Scholarship is still available there (for a moment I thought not but all they have done is change the site layout). If any problems search under my name as author. The same goes for amazon and otherbook sellers. Lockdown I thought might inspie me if anything would, but actually I seem to be averagely busy with 'other stuff' so I cannnot say there will be a follow up. More and more it looks like Scholarship was a one off, the one book that every person is supposed to have inside them! Well mine has been out for several years now and I am glad to see that many have read it, that was my aim, no more. Ian
Posted by Ian John Copeland at 07:07 1 comment:

Another period of time passes

To my consternation I note that it is about 18 months since I last wrote anything on this blog. Frankly I have been involved in other things such as moving home and settling, finally, into an existence as a 'retired' person. Being retired has not as I thought it would, led me to revisit some old writing projects. I seem to be too busy doing other 'stuff'. One such activity has been to revisit Cornwall last month. Whilst down there I travelled the North Coast route between St Ives and Lands End, which almost passes through Zennor, which is close to the setting for 'The Rocks'. That area is protected fortunately, so nothing can mar the landscape or the setting other than the increasing industrialisation of farming. The weather was not suitable for walking, so I did not walk the North Coast footpath or its inland equivalent (The Coffin Path). Anyway, for now Scholarship remains available and indeed continues to sell, I thank those who have downloaded it, or indeed purchased the paper back version. I intend for it to remain available for as long as the likes of Amazon continue to keep it 'live' Ian
Posted by Ian John Copeland at 05:58 No comments:

It has been a while

As real life has intervened, I have been less than diligent in checking what is happening to 'Scholarship'. Although lulu.com won't let me look at the sales figures, it is still available, if not there, then at amazon.com (and related national outlets). Amongst the options to buy at amazon there are a number of secondary resellers, they are either at or above the price for a new book, not quite sure why. One seller is quoting in excess of $600 for a copy! As the author I promise you I see absolutely none of that, perhaps it is aimed at 'specialist readers who don't (or won't) use amazon? Anyway, it remains available, I accept Scholarship is a niche read so I am not sure for how long it will be available. If it goes, it goes, at which point I suspect the price will go up, very much as the price for books such as 'The Boys' have escalated to scary levels. Ian
Posted by Ian John Copeland at 06:19 2 comments:

Here we are, nearly a year after my last post. My life has moved on in some respects, I am now officially retired and travelling a lot. Other than that, I am easing into a post retirement phase, but active with various projects, not least of which is moving home and having to say goodbye to some books etc. Ian
Posted by Ian John Copeland at 06:21 1 comment:

I have been reading of issues of censorship on Amazon, with some books no longer being visible unless you have selected 'adult content', this includes books such as Alexander's Choice for instance.

I have just checked, and Alexander's Choice does appear, but it will show you no more until you select 'show adult content'. Not a problem but when does a book move into this category?

Alexander's Choice does indeed have some 'adult content' but it is all in the context of the story, not for titilation.

When writing Scholarship, originally there was similar content, but in the end I decided to self censor as to me, 'adult content' was not the main purpose of the book and if had been reasonably truthful to my own experiences, it would have been very repetitive. So I still stick by my decision even though some have asked for more details. Sorry that is unlikely to happen!

Ian
Posted by Ian John Copeland at 11:51 No comments:

Some Illustrations by Gaston Gloor from Les Amitiés Particulières

There are some nice illustrations from a French version of this classic now available here at http://callumjames.blogspot.co.uk/2016/04/gaston-goor-illustrates-les-amities_12.html An example, which many will recognise as forming the basis of a crucial scene in the film: 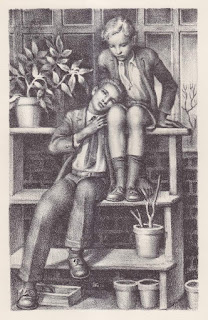 All of the above are examples of the ‘schoolboy romance’ genre.  This genre homes in on the romantic life that sometimes occurs in the adolescent hot house that is the all male boarding school with boys forming relationships with each other and sometimes with a schoolmaster at the school. Because of the forbidden nature of both types of relationship, these novels normally end in disaster if not actual tragedy. The line ‘and they lived happily ever after’ is not one that would occur in any novel of this nature. 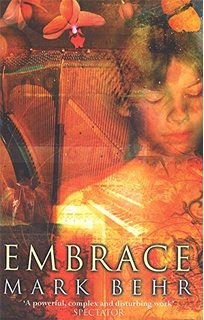 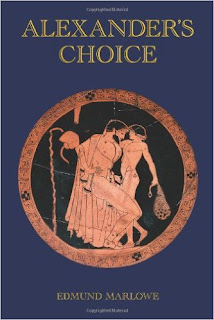 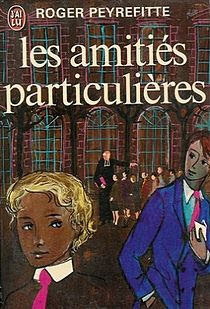 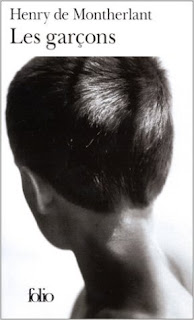 All of these books had an influence on my own contribution to this genre ‘Scholarship’. I missed out on the possibility of a relationship between a boy and one of his masters although my main protagonist Pip has a dim awareness that one of his masters, Mr Barnes, had a more than passing interest in him.


I fear the schoolboy romance genre may be in decline, all boys boarding schools are not as popular as they once were. The other change is social; there is more acceptance of the possibility that boys can be gay. This is the case at one of my old schools where I was delighted to see the celebration of the relationship between two older boys, mentioned in the school magazine. Hard to imagine such a thing would have happened a few years back.


Whilst on a recent holiday, I took the opportunity to re-read Mark Behr’s novel ‘Embrace’ a thick tome of a book that has as its setting some significant autobiographical content, our hero Karl De Mann, like Behr, was born in Arusha Tanzania and then moved with his family to South Africa when a young boy.


Mark Behr’s ‘Embrace’ also has a theme about changing identity and how his main protagonist, Karl De Mann, identity changes as he grows up. As a boy with mixed Irish-Afrikaans parentage, Karl spends his early life crossing from the English to Afrikaans speaking world and has decidedly mixed loyalties as a result. Karl’s loyalties are further confused by hints at an early age that he is bisexual (there are repeated references to one event that defines him that is only fully revealed at the end of the book). 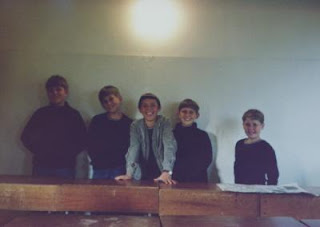 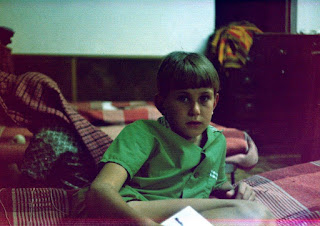 Karl spends the most formative years of his childhood (11-14) at the exclusive Drakensberg Choir School in a remote part of South Africa (see the choir in action above). This is perhaps where fiction is informed by real life as Marc Behr went to the same school aged 10-12 (see the pictures above, he is second from left in the first photograph). In the novel, Karl has a relationship with both a school friend and with his Choir Master. Embrace must make uncomfortable reading at the School, as it is not that large with just 120 pupils and could be read by some as a ‘truthful’ account of Behr’s time at the school, even though no such claims have ever been made.  Like other authors in this genre, the use of a familiar location provides for the authenticity of the novels produced. Certainly, Marlowe’s ‘Alexander’s Choice’ is richer for its detailed description of the day to day running of Eton as an institution.


On reading Embrace for the fourth time, I now appreciate more the central 11-14 year old Karl’s eye view of the World, complete with the adolescent predilection for endless lists and rants that could run through the mind of a boy his age. Large chunks of the book read like a diary or set of letters. Towards the end, the inevitable diary does indeed take centre stage.


Embrace is quite a read as the action moves back and forth in time between early childhood and the present. There is also a central conceit in that Karl threatens to write a book in English but leave chunks in Afrikaans (angry as a boy at how some of the books he reads do the same thing). Embrace is exactly that, written in English with some bits in untranslated Afrikaans (Behr’s first book ’The Smell of Apples’ was written in Afrikaans and then translated into English).


Both Behr’s first two books touch on a boy’s eye view of betrayal and people not being what they seem. This was true of Behr in real life who whilst at Stellenbosch University, spied on his fellow students for the soon to fall apartheid regime. He confessed all it but remained a controversial figure in some circles. Despite this backstory colouring some of the reviews of Embrace, Mark Behr ended up a professor of English Literature and Creative Writing at Rhodes College, Memphis, Tennessee.


After writing The Smell of Apples and Embrace, Behr went on to write one further book ‘Kings of the Water’.


The reason I am writing this now is whilst rereading Embrace I wanted to remind myself of Mark Behr and to see whether he had written anymore, the answer is no as sadly Behr died in December 2015 at the comparatively young age of 52.


If you have not read either ‘The Smell of Apples’ or ‘Embrace’ I would encourage you to do so as both are excellent books about the complexities of boyhood relationships. They have much in common with other books in this genre.


Posted by Ian John Copeland at 07:15 No comments: 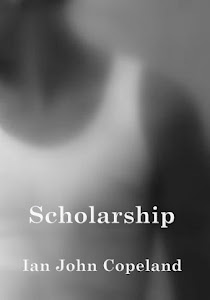 For those with paper libraries

Ian John Copeland
"Scholarship" is a work of fiction based on my real life experiences of friendship and loss at a 1960s prep school set in Cornwall. I may produce a second novel at some point, but I make no promises. Second novels are hard work.